Returning from vacation yesterday I confronted the inevitable stack of mail. There was the usual: a lot of junk mail, a vestment catalog, some stuff from CPH and the Synod… and a really nice note from a 1950 alumna of ULC! She had received a mailing we had sent requesting updated contact information, and had gotten our most recent newsletter, and decided to write to us to tell us about her life and family.

She had met her husband, who recently passed away, at ULC as a student. They were both members of Gamma Delta (ULC’s Lutheran student group at that time), as were her two brothers. She says briefly about her experience at the chapel: “we were so grateful to have Gamma Delta around when we attended the University. Rev. Norden was known as a Matchmaker and he did a good job of bringing students to the Y where we met on Sunday nights until the chapel was built later. We learned a lot at Gamma Delta…”

Also in the stack of mail, sent separately, was a brief note from this dear alumna’s son, who, going through his parents things, as children eventually must do for aging parents, found the following carefully preserved after all of these years:

Now I don’t know if the students I get the privilege of serving this year will save our outreach brochure for the next 60 odd years or not. But I do know that the experiences they will have at ULC – meeting other Lutheran students, growing in their knowledge of Christ’s Word, receiving His good gifts of grace, serving others – will have a life-long impact on them, just as they did for this dear woman and her husband.

You might note how prominently the then-planned-for chapel played on this outreach card. Our alumna also wrote: “On our last trip to Minneapolis we saw where the new chapel is to be built. We were very disappointed when the original chapel was sold and torn down, but felt better when we saw that the new site is still near campus.”

A new chapel plays prominently in our minds too as we gear up for another school year and look forward to meeting another group of new students. As we get closer to being able to break ground, I again invite you help make the new chapel a reality by your prayers and with your financial contribution to the Build-it-Back fund. By doing so, you’ll be helping to make a life-long impact on students, stretching even into eternal life.

Help us Build It Back 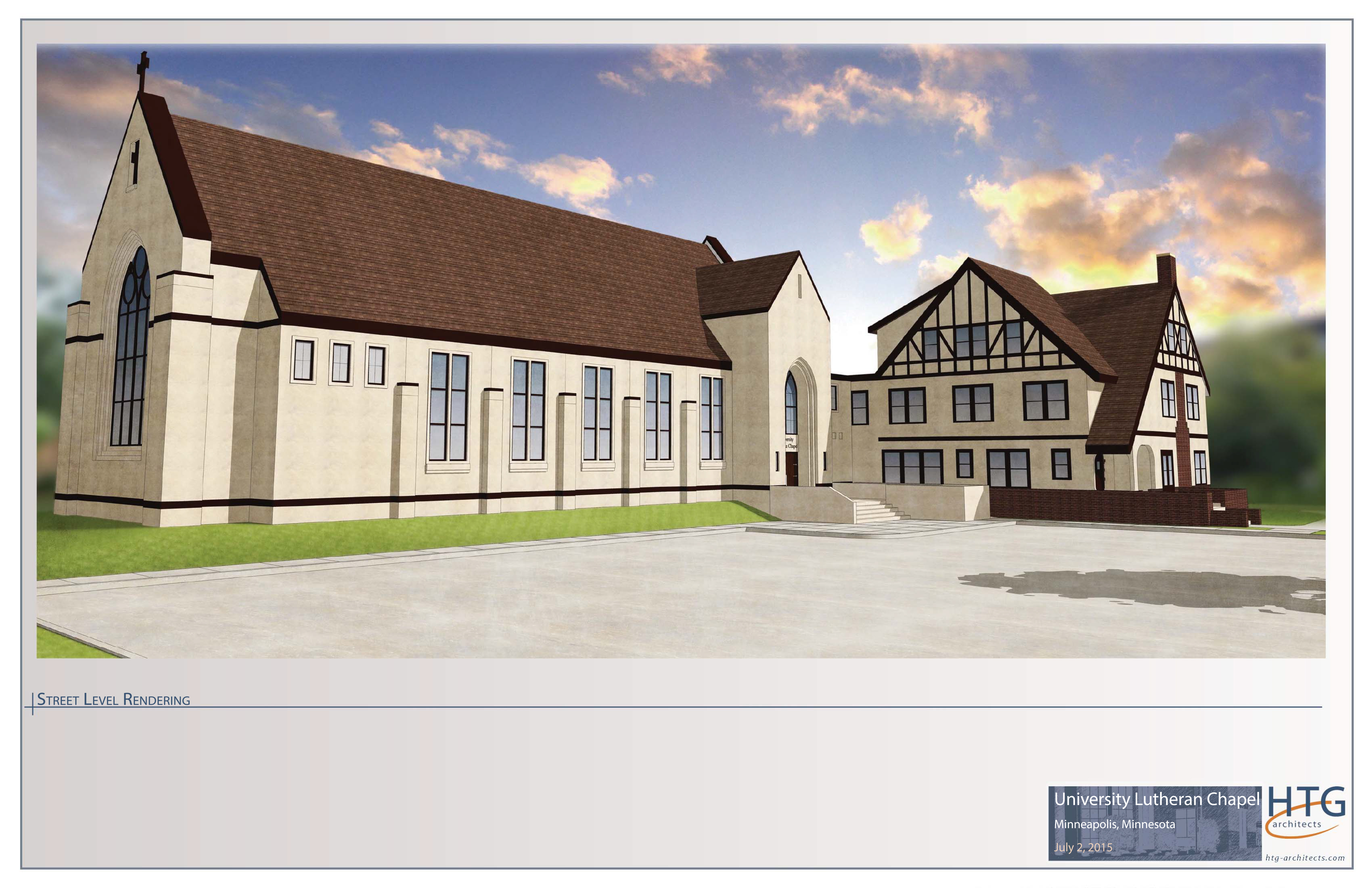 Building a New LC-MS Chapel at the U of M